A Budget for working people 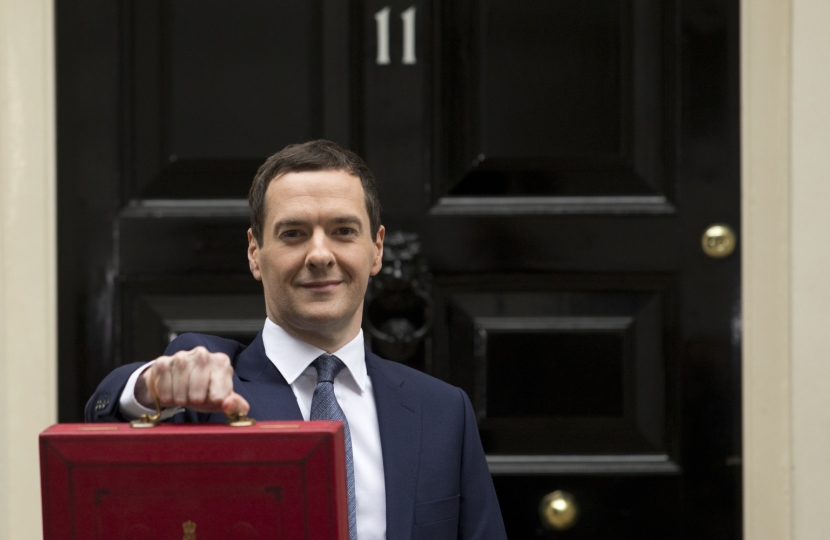 George Osborne has presented a Budget that delivers security for working people and delivers on the promises upon which we were elected:

Growing the economy and getting the national finances under control with the national debt falling. We have a balanced plan to finish the job on the deficit and run a surplus - so our country lives within its means and we’re better prepared for whatever storms lie ahead.

Supporting working people with lower taxes. From next year you will be able to earn £11,000 before paying any income tax at all, boosting the typical taxpayers' wages by £80 in total. We will also raise the 40p rate to £43,000, lifting 130,000 people out of this higher tax rate. This is the first major step to delivering our election commitments.

Cutting tax on business by reducing Corporation Tax to 18 per cent. We’ve already taken this rate to the lowest in the G20 and aligned it for large and small businesses, but we cannot afford to stand still so will cut it further to send out the message that Britain is open for business.

Higher pay with a new National Living Wage. We will introduce a new National Living Wage for all working people aged 25 and over. It will start next April at £7.20 an hour and we expect it to reach over £9 by 2020. It will mean two and a half million people get a direct pay rise. Those currently on the minimum wage will see their pay rise by over a third this Parliament, a cash increase for a full time worker of over £5,000. We’re also increasing the Employment Allowance by 50 per cent so a firm will be able to employ 4 people full time on the new National Living Wage and pay no national insurance at all.

Taking the family home out of inheritance tax. Today there are more families pulled into the inheritance tax net than ever before. Our new residential allowance will mean you can pass up to £1 million on to your children inheritance tax free.

Strengthening the nation’s defences. We will meet the NATO pledge to spend 2 per cent of our national income on defence – not just this year, but every year of this decade.

Tackling tax avoidance, evasion and aggressive tax planning. The package of measures put together finds the further £5 billion we promised at the election. We’re also tackling fundamental unfairness in the non-dom regime by abolishing the permanent non-dom tax status.

Improving the productivity of our economy. We will soon set out our comprehensive Plan for Productivity, but today I’ve announced a new Roads Fund. From the end of this decade, every single penny raised in Vehicle Excise Duty in England will go into that Fund to pay for the sustained investment our roads so badly need. This, alongside other measures to cut taxes for business, including an increased permanent Annual Investment Allowance at £200,000, will support business to invest and create more jobs.