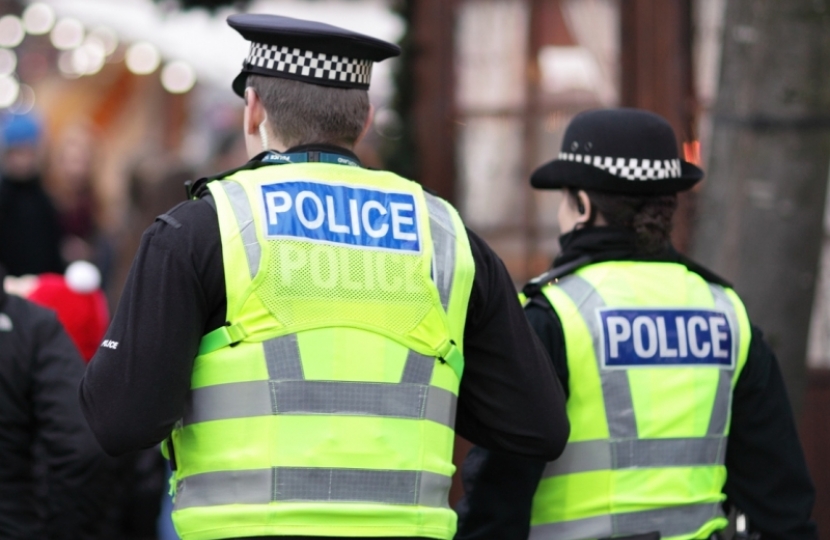 A candidate for Police and Crime Commissioner has said he wants a wide-ranging campaign to boost the number of Special Constables in Warwickshire.

Conservative Philip Seccombe believes that there are thousands of responsible men and women in Warwickshire who have “the right qualifications” to fulfil the responsibilities of the role.

He has pledged, if elected in May, to make a "gigantic effort" visiting people and community groups across the county to sell the idea of becoming a Special.

Special Constables are voluntary positions within forces but still hold the same powers as regular officers and wear a similar uniform.

Successful applicants join the beat following a bout of training with many going into full-time employment with the police force after a spell of volunteering.

Mr Seccombe was selected as the Conservative Candidate last month and is a Chartered Surveyor by profession.

He has lived and worked in Warwickshire for nearly three decades, spending 25 years in the Territorial Army reaching the rank of Colonel.

Philip Seccombe said: "Many reliable people volunteer for their local area, take school governors for example, and becoming a Special Constable is no different.

"Volunteering as a Special produces a double benefit of boosting the new recruit's career prospects whilst also saving resource for Warwickshire Police to be invested on the frontline.

"If given the honour of becoming Warwickshire's Police and Crime Commissioner I will make a gigantic effort to convince county residents with the right qualifications to join the team.

"I will visit towns and villages to talk to community groups, sports teams and churches to name a few and also use media and marketing tools in a recruitment blitz."