Jeremy Wright says thank you for re-electing him 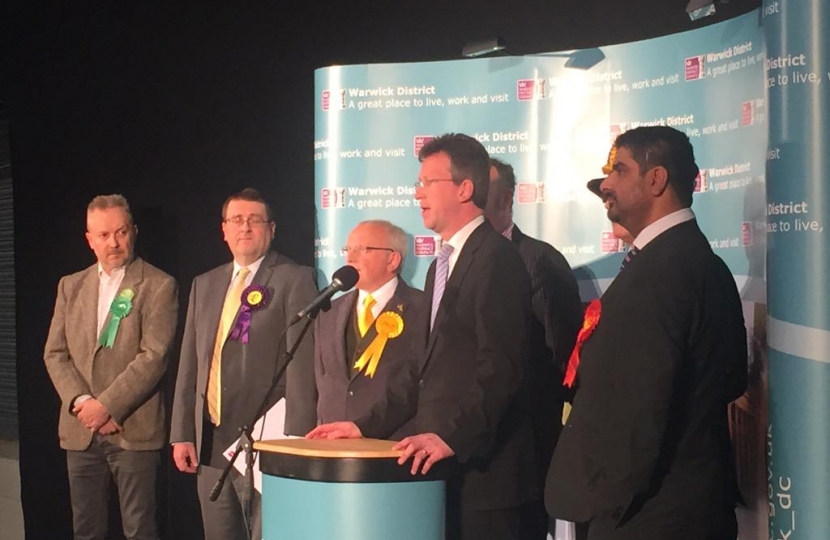 With the votes counted and the results declared, I want to take this opportunity to thank you, the people of the Kenilworth and Southam constituency for re-electing me as their Member of Parliament for the next five years.

I do not think there is a greater honour than having the opportunity to represent the community where I live. I have been able to do that for the last 10 years and look forward to continuing my work for another five. I take my responsibilities very seriously and I will do all that I can to work hard, in the best interests of the people I represent and for the country.

Understandably, many people will feel an overwhelming sense of relief that, whatever the outcome, what seemed a very long election campaign is finally over, but perhaps it is worth dwelling on that outcome for a moment. First, it is good that so many people participated in the election process. Turnout in this constituency was 76.5%. Clearly there is still room for improvement but we should recognise and applaud the fact that the vast majority of the electorate chose to use their vote.

Secondly, it's worth recalling the commentary on the election that dominated the last weeks of the campaign. Misled by opinion polls which turned out not to reflect the result, politicians and pundits spent most of their time talking about what would happen in an apparently inevitable hung Parliament - what deals would be done and what legitimacy they would have - and hardly any time on the policies on offer. In the event of course, the electorate did not behave as expected and delivered a clear mandate for one party. Quite apart from the inquiries into what went wrong doubtless underway at polling companies, there seems to be a useful lesson for politicians and journalists alike, to be learned and remembered for the next five years: don't take the voters for granted.