Jeremy Wright selected to stand again in Kenilworth and Southam 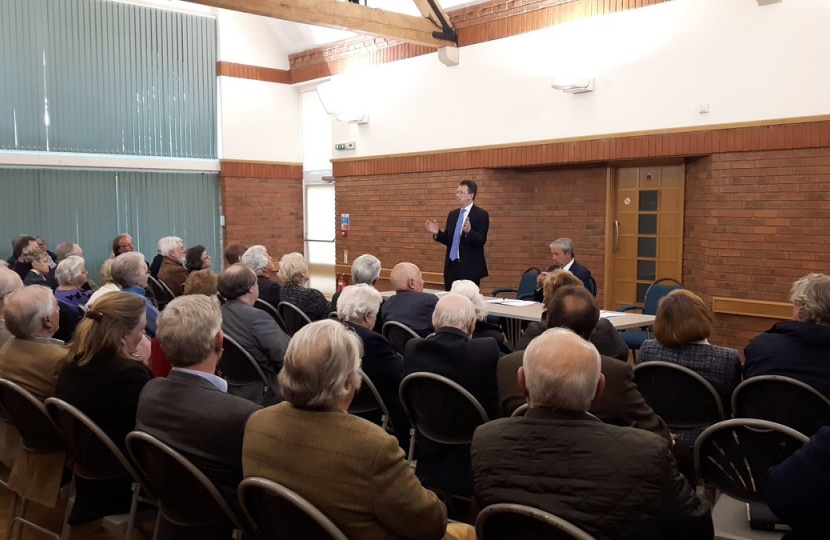 Over the next two years, our Prime Minister will be engaged in difficult negotiations on the United Kingdom’s exit from the European Union.

It is in all our interests that these negotiations go well and that the Prime Minister has the strongest possible support from the people and Parliament of the United Kingdom in getting a good deal.

This General Election will determine which Prime Minister will negotiate on our behalf and how strong their mandate will be.

There has perhaps been no time in our history since the 1940s when national leadership has  mattered more. Having worked with her in government, I am in no doubt that our national  interest is best served by Theresa May continuing as our Prime Minister. On the 9th of June either she will lead our country or Jeremy Corbyn will - a weak leader of a divided Labour Party, almost certainly propped up by an unstable coalition of other parties like the Liberal Democrats and the SNP.

There are many who say that this won’t happen, that the Conservatives are bound to win. But the pundits and the pollsters have been wrong many times recently. We live in unpredictable times. So if you don’t want to see Jeremy Corbyn in 10 Downing Street, there is only one way to be sure of preventing it - vote Conservative on the 8th of June.

Of course this election shouldn’t be all about Brexit. There are many other issues to discuss. I think your MP should be ready and able to discuss them, as I always have. So I will be holding public meetings around the constituency where I can respond to your questions. You will find all the details below. I hope I can count on your support on the 8th of June.

The Tom Hauley Room by All Saints Church, CV33 9EY