Philip Seccombe chosen to fight police election for the Conservatives 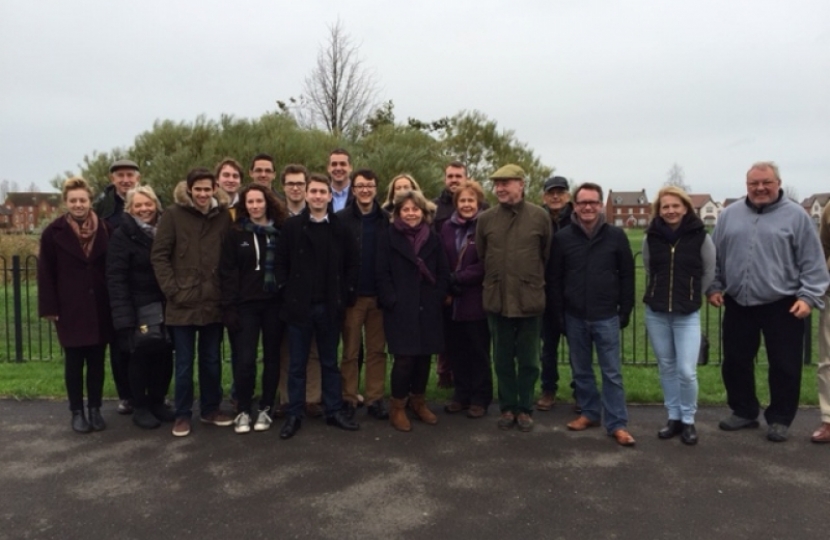 A Stratford Councillor has been chosen as the Conservative candidate for next May’s Police and Crime Commissioner Election in Warwickshire.

Philip Seccombe, 64, was selected by local party members following a special meeting in Hatton Village Hall last Saturday (24 October).  A Chartered Surveyor by profession, Philip has lived and worked in Warwickshire for 27 years, running his own business from offices in Kineton and Shipston-on-Stour.

He was first elected to Stratford-on-Avon District Council in 2002 and is currently Chairman of the Audit and Standards Committee which scrutinises the effectiveness of the Authority.

Philip also served in the Territorial Army for 25 years, rising to the rank of Colonel, and is currently Chairman of West Midlands Reserve Forces and Cadets Association.  He is also a Trustee of two charities and was previously a School Governor in Brailes.  Philip has been married to Izzi for 37 years; she is Leader of Warwickshire County Council.  The couple have two grown-up children.

Philip said:  “It is a great privilege to be selected by local residents to fight next year’s Police and Crime Commissioner Elections on behalf of the Conservatives in Warwickshire.

“I’ll be working round the clock over the next several months, visiting both urban and rural communities, talking to residents and seeing how we can work together to make a safer, more secure Warwickshire.

“I have had a varied career and my time spent both in the Territorial Army and as a businessman has equipped me with some unique skills suited to this very important post.

“A Conservative Police and Crime Commission would also be best placed to get the best deal from the Government in terms of resources and funding and we need someone who can work with the Home Secretary”, he added.