George Illingworth is a retired chartered mechanical engineer and he has lived in Kenilworth for 40 years with his wife Joanna.  For the last twelve years he has represented Abbey Ward on the District Council.  He has a reputation in Planning, where he has firmly defended the Green Belt, and in Licensing where he has worked with the officers to raise standards.  He also serves on the Finance and Audit Scrutiny Committee and represents the District on the Birmingham Airport Consultative Committee.

He is currently the Vice-Chairman of the District Council and also the Armed Forces Covenant Champion having served as an officer in the Territorial Army for 36 years. As a Town Councillor he led the successful production of the Kenilworth Neighbourhood Plan which will be an important influence on the major housing developments in the Town.

For the last nine years George has been heavily involved in understanding the dreadful implications of the HS2 scheme across the District and has worked to mitigate its effects including appearing before the Select Committee in the House of Commons. 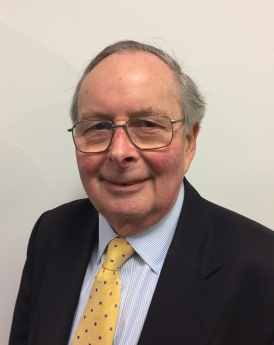