Jeremy was born in Taunton, Somerset. His parents were both teachers and he has one brother who is a Commander in the Royal Navy. He was educated at Taunton School, Trinity School in New York City, Exeter University, and the Inns of Court School of Law.

Jeremy is married to Yvonne and has a daughter, Stephanie, and a son, Elliott. His interests include travel, especially to the USA, music, James Bond films and playing golf, badly.

Jeremy was first elected to Parliament in May 2005 to represent the constituency of Rugby & Kenilworth. Following boundary changes and the abolition of the seat in 2010 he was elected MP for the new Kenilworth and Southam constituency.

In 2007 Jeremy founded the All Party Parliamentary Group on Dementia and served as its chair until his appointment to the Government as a Whip in 2010. In Opposition Jeremy served on the Constitutional Affairs Select Committee. In the Government reshuffle in September 2012 he was promoted to the position of Parliamentary Under-Secretary of State at the Ministry of Justice with responsibility for the prison service, probation, rehabilitation, the criminal justice system and sentencing. In July 2014 Jeremy was appointed Attorney General and he was re-appointed to this role following the 2015 General Election and subsequently became Secretary of State for Digital, Culture, Media and Sport.

Christmas is a magical time, especially for children – a time filled with beautifully decorated trees sparkling with coloured lights, presents and thoughts of Santa’s sleigh rushing through the sky led by his loyal reindeer.

Jeremy Wright MP has visited Royal Mail’s Southam and Kenilworth Delivery Offices to pass on Christmas wishes and encouragement to postmen and women at their busiest time of year.

Kenilworth and Southam MP Jeremy Wright has welcomed new measures announced by the Government that will see the law changed to give local communities the final say over planning decisions for new onshore wind farms.

Some may think that spending my Sunday afternoon planting a tree with local children and listening to the bells from All Saints church nestled between the Burton Dassett hills in the very southerly part of the Kenilworth and Southam constituency has very little to do with establishment of Parliamentary democracy.

OUR COUNTRY’S FUTURE DEPENDS ON YOU TODAY

You can ensure strong and stable government. Secure our economy and the Union. Stop the chaos of Ed Miliband and the SNP. Keep David Cameron as Prime Minister …but only if you VOTE CONSERVATIVE locally today. 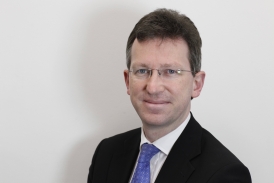