A 7-day NHS, safe in our hands – for every generation to come 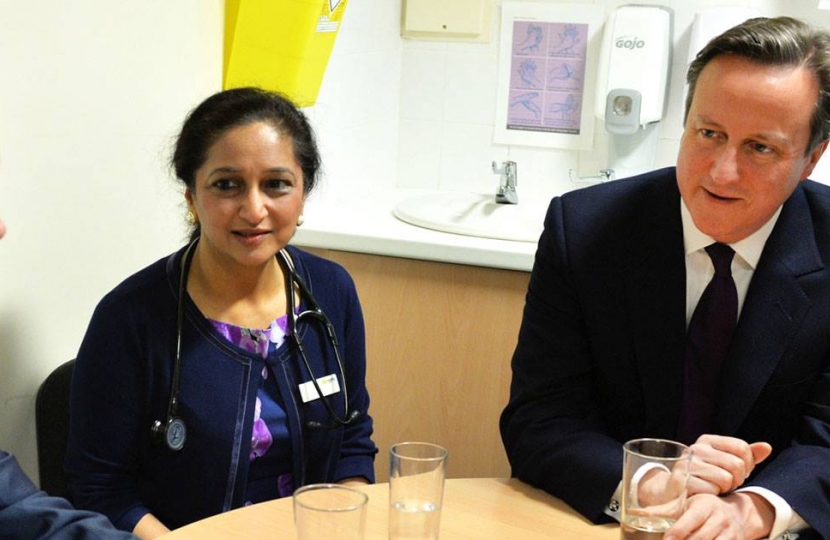 David Cameron visited the West Midlands today to outline his plans to create a “truly seven-day NHS" and reiterated his commitment to properly funding the health service.

In his first major policy speech since being returned as Prime Minister, Mr Cameron repeated the Conservative pledge to increase spending on the NHS by £8bn a year by 2020 and extended a scheme for GP surgeries to offer out-of-hours and weekend services.

He listed a “real focus on healthy living”; a “joined-up” service giving doctors, community nurses and carers access to the same electronic records and a “proper focus” on mental health as part of the plan.

He said the government would publish information on “how good mental health services are, so everyone can see where care is best and where we need to act to make it better.”

Questioned on the increased cost of increasing services to seven days a week, Mr Cameron claimed Salford Royal hospital had reduced its costs as a result of extending its days of service, and argued people "shouldn’t automatically assume that actually working something on a seven-day a week basis means it’s more expensive rather than less expensive".

On funding for the plan, he reiterated his party's position during the election that they had a "strong track record" on making "difficult decisions" to provide the necessary £8bn a year of funds.

The Prime Minister also hit back at Labour's repeated claims that the Conservatives cannot be trusted with the health service, saying: “The NHS is safe in my hands and I don’t want anyone ever to tell you otherwise”.