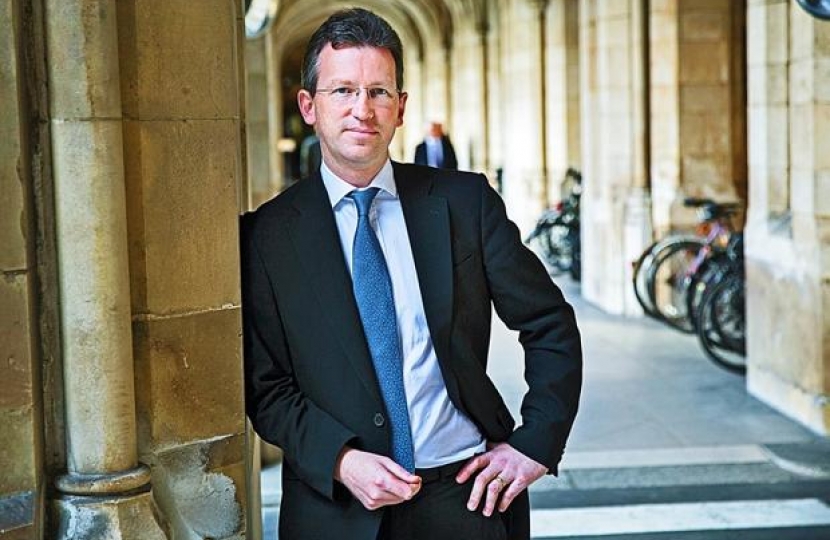 Politics is no different and in terms of a resolution there can only be one and that is to protect our economic security, by taking the difficult decisions to live within our means and bring our debts down, taking Britain out of the red and into the black.

Our plan for a more prosperous future is delivering for local working people with wages growing. And at the start of this New Year we will build on this positive story with the introduction of the National Living Wage boosting pay packets, alongside extra support with the new offer of 30 hours free childcare for working families.

This is good progress, but as we move closer to our goal of full employment we need to continue to help people into work and ensure as many people as possible benefit from the growing economy. I was particularly pleased to see from the employment figures announced in December, which are the highest since comparable records began, that my constituency of Kenilworth and Southam has the 649th lowest level of unemployment out of the 650 UK constituencies – beaten only by neighbouring Stratford on Avon.

In looking at the year ahead, I particularly welcome the long overdue debate on Europe, whatever your viewpoint, it gives you the opportunity to have your say on whether the UK should remain a member of the EU.

2016 is also a Leap Year and that means it heralds the start of another Olympic Games, this time in Rio and I hope to see Team GB building on the massive successes achieved four years ago in London. Much closer to home will see world class international women’s cycling come to Kenilworth as the Aviva Women's Tour passes through in June.

A further highlight for the year ahead is the 750th Anniversary of the Great Siege of Kenilworth, which took place for six months in 1266 and saw England ruled from Kenilworth. It was the longest siege in Mediaeval English History and within this period the Dictum of Kenilworth was signed – historically an important legal precedent – which gave rebels free passage from the Castle. I am sure Kenilworth Town Council will this occasion and I hope that the people of the town will join me in celebrating this historic event.

Finally it leaves me to wish you a healthy peaceful and prosperous New Year.