Tory ideas can shape the next decade for all Britons 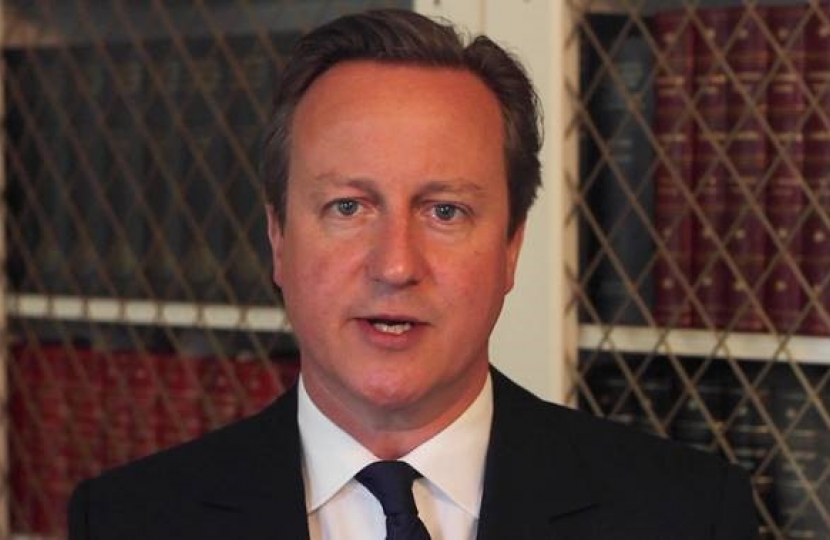 One hundred days ago I stood on the steps of Downing Street and told the British people that the first Conservative majority Government for 18 years would govern on behalf of everyone. One nation, one United Kingdom. It is that brand of modern, compassionate conservatism that has guided us since May 8 - and it will continue to guide this Government for the rest of this Parliament.

Our central task is to finish turning around our economy. Through our Long Term Economic Plan we are getting the fundamentals right, generating growth, creating jobs, clearing the deficit and offering the British people the security they need to get on in their lives. I am determined that we will build on this foundation. Just as Conservative ideas have won the debate on how to manage the economy, so I believe Conservative ideas can now shape the future in meeting the challenges facing our whole society too.

On the challenge of delivering an economy that supports working people, it is Conservatives who believe that a free enterprise economy is an ally not an enemy in generating wealth and extending opportunity. By cutting taxes, reforming welfare and increasing minimum wages we are showing we are the real party of working people.

On tackling poverty, it is Conservative ideas that can make the biggest difference - attacking the causes of poverty, not just the symptoms, by tackling generational unemployment, strengthening families and ensuring that work always pays.

On delivering security in a dangerous world, we will confront the extremist threat in all its forms and build a stronger, prouder sense of British identity.

As Conservatives we will also meet our commitments on defence spending and international aid. This is not some naïve neo-conservative internationalism but a hard-headed realism that recognises our prosperity and security are inextricably linked to how we meet the threats of terrorism, poverty and climate change.

Our success also depends on being an outward-facing trading nation and so I will continue leading trade delegations oversees to win new business for Britain.

Taken together all these beliefs add up to a genuine One Nation vision for our country through which I believe Conservative ideas can lead the way for a decade.

Yet during the election there were some who suggested we would only be firmly on the side of working people or demonstrate true compassion with the Liberal Democrats holding our hands. These first hundred days have shown this is simply not true. Indeed without the restrictions of coalition we have shown that by being bolder and more radical we can be more progressive and compassionate.

We are delivering strong, centre-ground, pragmatic and progressive government exemplified by our new National Living Wage and our commitment to a real terms increase of at least £8 billion a year by 2020 to support the NHS’s own Five Year Plan. We are moving from a low wage, high tax, high welfare society to a higher wage, lower tax, lower welfare society. By 2020, the new National Living Wage will represent a pay rise of around £100 a week for the lowest paid. While our continued commitment to cutting taxes means we have already raised again the amount you can earn before paying any income tax at all. And the legislation we are bringing forward will mean no increases in income tax, VAT or national insurance in the lifetime of this parliament.

We are supporting working parents with the challenges of childcare, so they can take on that extra shift or go back to work after a break. So the Queen’s Speech honoured our promise to double free childcare to 30 hours a week for three and four year olds.

We are also seeing through vital reforms in our public services, including the creation of a truly 7-day NHS. At a time when Labour is giving up on public service reform and appealing to its left-wing base, I believe it is a moment for a Conservative government to be bolder still.

There is no better example than academy schools. We want everyone to have a chance to succeed and education is the best way of ensuring that. This means schools with strong standards and discipline. It also means giving great headteachers the freedom to run their own schools with the ability to set their own curriculum and pay their staff properly. Academy schools were created to do exactly that. This is something Labour used to understand and we have proudly expanded them, including the creation of entirely new academies as free schools.

I profoundly believe this is the right direction for our country because I want teachers not bureaucrats deciding how best to educate our children. We have already seen how academy freedoms have been fundamental in turning around failing schools – like Manchester Enterprise Academy, where results have almost doubled during its time as an academy.

So when Labour leadership contenders say they want to phase out academies, I say the opposite. I want every school in the country to have the opportunity to become an academy and to benefit from the freedoms this brings. So we will make it a priority to recruit more academy sponsors and support more great headteachers in coming together in academy chains. In doing so, we can extend educational excellence and opportunity to every school and every child in our country.

100 days in, we are showing it is a Conservative majority government which has the ideas to build the One Nation vision and to deliver real social mobility in our country. We will not waste a second in getting on with the job and delivering the prosperity and security on which our future depends.